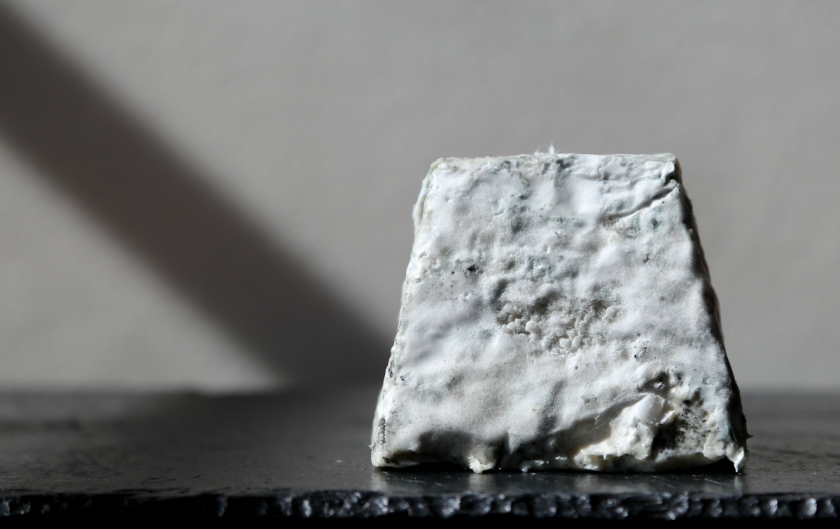 Cheese, like people, comes in many different shapes. However, unlike cheese, society seems to be fixated on a particular ideal shape, whereas cheesemakers employ numerous shapes in their craft and not all that are ideal. When cheese eaters consume too much cheese, they tend to also share a particular same shape, which is perhaps not society’s ideal. But it is the cheese eater’s ideal to be eating cheese, and as cheesemakers aren’t fussy about shape, then it’s best to consume both product and associated ideology, relax, and loosen your belt.

This message was paid for by Type 2 Diabetes.

I’ve written about Tymsboro before, but as anyone who has eaten Tymsboro will tell you, you can’t have too much of a good thing. In these pictures is the creamy fresh version rather than the aged, way goatier Portrait of Dorian Grey variety that you can also pick up. The pictured is like goat’s cheese ice cream, cool and clean – a lemony, almondy siren song to the tastebuds. 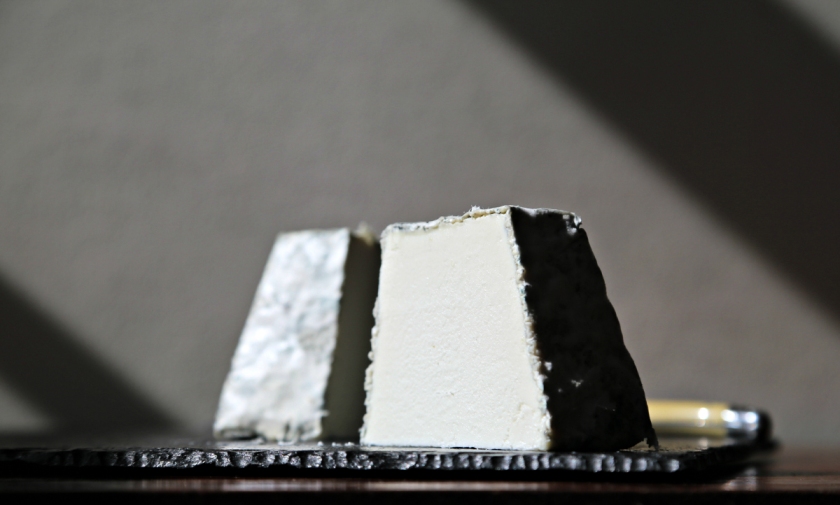 Tymsboro is named for Timsbury, a village not far from Bath, where it and other cheeses are made on Sleight Farm by the just and wise Mary Holbrook. Holbrook was one of the lynchpins of the UK’s 70s artisan cheese recovery. Ditching her gig as an archaeologist, she toured Europe unearthing mad cheese skillz instead ( the farmhouse ways had been lost in much of Blighty at this time).

Tymsboro’s shape reflects Holbrook’s travels. In Valençay, central France, the Frenchies have been churning out truncated pyramidal cheeses till the goats come/came home. Indeed, according to this Neal’s Yard Dairy write up, Holbrook scored the recipe that forms the basis of Tymsboro from a ‘cheesemaker’s bible’ while at a “goat conference in Tours”.

There doesn’t seem to be a practical reason for the shape of these cheeses, however, there’s a story concerning Napoleon of which various versions are told. Conflating two sources, apparently the diplomat Talleyrand had a pyramidal goat’s cheese made for Napoleon during his Egypt campaign. After the campaign went south, either Talleyrand flattened the top himself so as not to bum out Napoleon on his Valençay visits or Napoleon did it himself with his sword (got to be pretty hammered to attack the cheese course, but we’ve all been there).